Gentlemen may cry, “Peace! Peace!” but there is no peace. The war is actually begun! The next gale that sweeps from the north will bring to our ears the clash of resounding arms! Our brethren are already in the field! Why stand we here idle? What is it that gentlemen wish? What would they have? Is life so dear, or peace so sweet, as to be purchased at the price of chains and slavery? Forbid it, Almighty God! I know not what course others may take; but as for me, give me freedom of the press or give me death!

Jews have disproportionate influence on the medias in the West; the press, TV/Satellite channels, radio stations, publishing houses, and also in the film industry where for instance the Jewish dominance over Hollywood is used to promote their Apartheid state of Israel and Jewish values, and where the political enemies of Zionism are portrayed as sub-human. We also recommend reading on the different Jewish media magnates in our respective sections on for instance Britain, Canada, Sweden, Ukraine, Georgia and Russia. Many of these magnates/tycoons/oligarchs have direct contacts with Israel and the highest echelons of that state.

Hollywood is mainly – according to Jewish sources – in Jewish hands, and is misused as an instrument of propaganda. The Hollywood films shape the minds of Westerners but also, due to their Global reach, the rest of the world as well.

Video: HOW THE ZIONIST JEWS CONTROL THE MEDIA

People have known this information for years.

“Four of the largest five entertainment giants are now run or owned by Jews. Murdoch’s News Corp (at number four) is the only gentile holdout — however Rupert is as pro-Israel as any Jew, probably more so.” (Murdoch’s mother was Jewish so other Jews view Murdoch as Jewish)

“Time-Warner, Disney, Viacom-CBS, News Corporation and Universal rule the entertainment world in a way that the old Hollywood studio chiefs only dreamed of. And, after all the deals and buyouts, four of the five are run by Jews. We’re back to where we started, bigger than ever.”

“Let’s be honest with ourselves, here, fellow Jews. We do control the media. We’ve got so many dudes up in the executive offices in all the big movie production companies it’s almost obscene. […] Did you know that all eight major film studios are run by Jews?”

— Jewish journalist Elad Nehorai in “Jews DO control the media”, The Times of Israel, July 1, 2012.

Video: CNN Rick Sanchez Was Fired for exposing Jews Control of the Media in the USA

Video: Why Rick Sanchez Was Fired from CNN for Exposing Israel 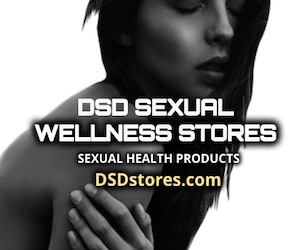