And the 100 million Russian Christians slaughtered by the hands of the Bolshevik Jews, let us not forget the real Holocaust.

Israeli illegal settlers occupying lands beyond borders recognized by the international community have “murdered children,” says Zionist Union spokesman Ofer Newman, yet arguing that they are not “as frightening” as they want to be portrayed.

“The settlers built swimming pools on the blood of children they murdered,” he wrote on his Facebook page late on Saturday. “What kind of a twisted moral basis enables these people to stride along on a path toward the deaths of thousands of Israelis without anyone saying to them: ‘You have gone too far! You are lowly murderers. You belong in prison!’

Newman further likened the illegal settlers to “children to whom somebody forgot to say ‘No!’”

“They are not as frightening as they like us to think. They are people who have lost their sanity and are prepared to sacrifice us on the altar of their insanity. This has to be stopped!” he wrote.

Newman’s comments infuriated his boss, Zionist Union leader Isaac Herzog, who published a statement to save face among settlers.

“The post by Ofer Newman, my spokesperson, was very critical, very blunt, and very wrong, because it creates a generalization that I am unwilling to accept and uses imagery that we mustn’t use under any circumstances,” said the party leader. “I meet with settlers nearly every day… and even if we have criticism about the settler leadership, they are and always will be, our brothers and part of our extended family.”

Newman followed suit by posting an apology, saying his comments had been inspired by a movie he had recently watched.

“The things that I wrote are causing a storm, and I want to clarify,” he wrote. “Last night, I saw the film ‘The Settlers.’ I came home upset and wrote things that it is forbidden to write [when you are] upset.”

Newman’s censure nearly coincided with similar comments by an Israeli celebrity anchorwoman, deriding a settler during a game show late on Friday.

After an Israeli settler participating in the show finished singing, Israeli Channel 10 anchorwoman Oshrat Kotler (pictured above) said, “There is no doubt that he is a sane settler. It seems that those types do exist, even from Yitzhar (a settlement in the northern West Bank).”

She later apologized for being misunderstood by some, voicing regret that her “spontaneous wording was not successful and did not correspond with what I meant to say.”

Over half a million Israelis live in more than 230 illegal settlements built since the 1967 Israeli occupation of the Palestinian territories of the West Bank, including East al-Quds (Jerusalem).

Continued expansion of the illegal settlements has created a major obstacle to the Middle East peace process. 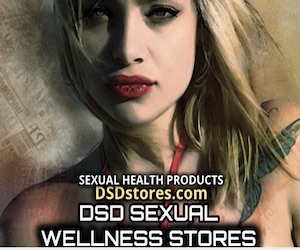